The copyright was originally conceptualized as a mechanism to protect the rights of authors and artists. In this spirit, the Constitution of the United States contains a clause which states that Congress has the power to secure for authors and inventors the exclusive right to their work for a limited time.

This protection is beset with issues today because the very premises on which it is built are being questioned. In addition, violations against copyright protection can occur with the greatest speed and ease because of the so-called information highway that has made dissemination and distribution of files virtually unstoppable. 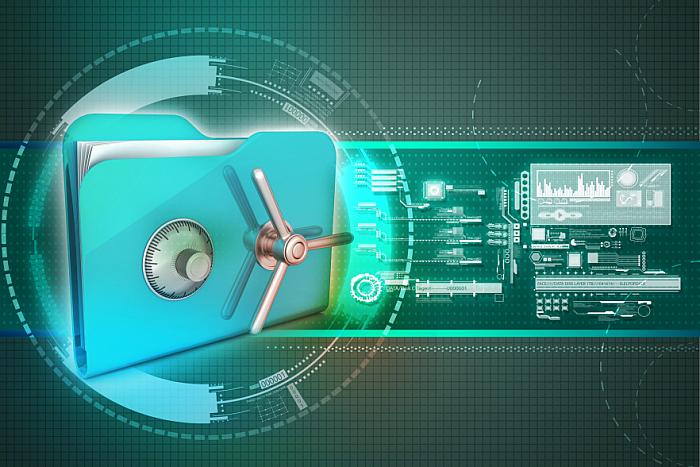 The original intent of copyrights was to ensure that the authors, writers and inventors would receive the benefits accruing from their works thereby encouraging the creation of new ones. Today one of the arguments against copyrights or at least their expansion is that these inhibit innovation and are not good for consumers.

Current copyright laws do not allow the general public to create derivative works from those that are copyright protected. Hence, to a great extent, innovation is indeed discouraged and may be considered a form of infringement. For their part, consumers have to pay a lot more for items under copyright protection than those that are not. Those who are in protest against copyrighting question who the real beneficiaries of copyrights are. They assert that corporate interests, not the welfare of the inventor, the writer or the artist.

The usual term of a copyright is fifty years after the death of the writer, artist, or inventor. This was extended to seventy years in the United States through the Sonny Bono Copyright Extension Act of 1998, a law that met strong opposition from advocates and ordinary consumers.

One of the primary copyright issues since 1998 has been that seventy years after the death of an author was too long a time for exclusive rights and this was no longer in the interest of the public. The creative work at the very center of the Sonny Bono Copyright Extension Act of 1998 public was the caricature of Mickey Mouse. The copyright for this, owned by the Walt Disney Company, would have expired in 2003 but the extension act changed this date to 2023.

Those who argued against the extension said that when songs, compositions, books and articles became part of public domain, people could afford to use this freely because they could better afford to. Vehement objections also met the courts’ approval of Congress being able to remove works from public domain and reinstate their copyright protection.

Copyright extension was considered by many as an erroneous interpretation of the Congressional power to grant copyrights as provided in the Constitution. Moreover, activists and legal critiques both stated how there should be a free exchange of knowledge. Once copyrighted works became part of public domain, they could be viewed, critiqued, and examined. These activities would promote the creation of new works.

The importance and the power of the film industry has made itself felt in very threatening warnings stating very clearly that violating copyright law is illegal and is punishable by up to a 5 year sentence in prison or a $250,000 fine. The FBI and Homeland Security have joined forces to show that government means business in putting a stop to piracy by seizing web domains engaged in activities that enable infringement.

In spite of these warnings, because of technology, piracy has become extremely easy and widespread. Pirated DVD copies of first-run movies are available in stalls all over the world for as low as a dollar or less. Even if these copies become unavailable, peer-to-peer file sharing networks are a convenient source for downloading. Modern camcorders, some as small as a cell phone, make it possible to copy films from a movie screen with ease. In 2005, an estimated $18.2 billion was lost through piracy by legitimate pay-per-view operators, video stores, theaters, distributors and producers.

It is certain that copyright issues will continue to besiege the world in the years to come. It is clear that anti-piracy campaigns, stringent laws and stricter law-enforcement have not succeeded in putting a stop to the problem. This indicates that perhaps a fundamental paradigm shift and new 21st century solutions are called for to address issues that have reached a 21st dimensions along today’s information highway.

How To Apply For A United States (US) Patent
How can a person protect their ideas and inventions from being stolen or exploited by other people? That's where a patent comes in. This article explains the steps toward getting the USPTO to issue a patent on your intellectual property.
Legal
12.11.2015 · From Andrew_Facebook

How To Find The Best Patent Lawyer To Protect Your Invention
A new invention needs protection, the kind that is installed proactively. That is where a god patent lawyer is needed. Here are a few pointers to help you get the intellectual property protection assistance that you need.
Legal
12.11.2015 · From TheAuthor

How To Hire A Great Personal Injury Lawyer
There are many personal injury lawsuits today. Most people hesitate to actually sue someone for compensation. They also don't know how to go about the process. This article is filled with useful tips you should know about if you need
Personal Injury
12.11.2015 · From Editor

How To Deal With A Personal Injury Claim
You should consider filing a lawsuit if you sustained an injury because of the negligence of another party. Lots of folks fail to find a good injury lawyer just because they are unaware of the process. (...)
Personal Injury
12.11.2015 · From Editor

How To Increase The Chances Of Success In Your Personal Injury Claim
When you are hurt because someone has been careless, it might be smart to consider a lawsuit. Don't allow being intimidated by the legal process prevent you from contacting an attorney to evaluate your situation. (...)
Personal Injury
12.11.2015 · From Editor
Check My Fiverr Gigs!
andrewfi
Fiverr
Seller
An Englishman abroad - Since 1984 I have been running my own businesses and I've been working with online and real world businesses since 2005 providing online training and marketing services. How can I help you to succeed in what you are doing?
andrewfi
Fiverr
Seller
Celebrating 6 years on FIVERR with 100% satisfied buyers (consultants, agencies and s-m-l businesses). We are committed to render cost effective & valuable services from marketing to business support. You can't beat the original. Try our gigs now!
Ads
Article Info

Legal
1248 Views
0 Subscribers
All Articles by joanellis
Sharing Is Good!
Rate

0 votes
Looking For These?
copyright intellectual property rights legal
Home
›
Articles
›
How Does United States Copyright Work?
About Us Privacy Terms FAQ Invite a Friend Contact Us Write For Us
Copyright © 2022 Andrew Wilson - Knowhow-Now.com. Content is provided by our members and trusted partners. We do not guarantee the accuracy of any such content.
Please, enter a value here
Are you sure?