A Variety of Autism Spectrum Medications to Choose From

While in the middle of a theme park with his parents, six-year-old Philip suddenly runs around aggressively, hitting people and knocking smaller kids down, then halts to a full stop and bangs his head on an iron beam. His parents run to his rescue and help him up to his feet. As a child diagnosed with Autism Spectrum Disorder or ASD, Philip’s case may be considered ripe for Autism Spectrum medication. 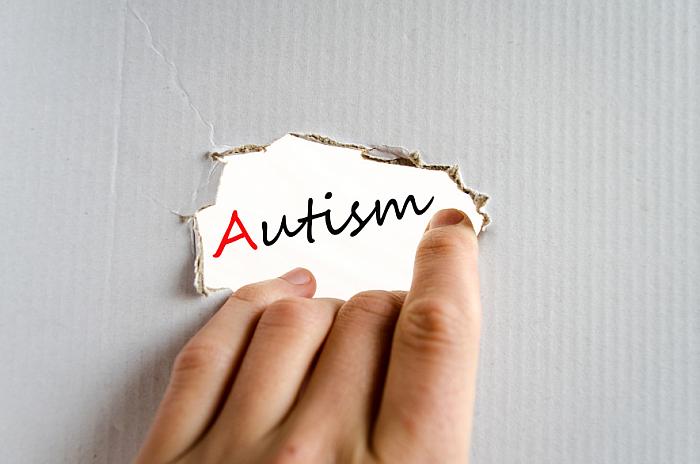 People diagnosed with Autism Spectrum Disorder may be subjected to certain medications to further manage their conditions especially those manifesting irritability, hyperactivity, or tantrums. A parent’s decision about what autism spectrum medication to give a child may well depend on the child’s specific needs, weaknesses and strengths including other factors like side effects.

As to when is the best time to give medication, it is still best to discuss this issue with a health care professional. Even then, despite the presentation of the pros and cons, it may be a difficult decision for parents to make because of the challenge of weighing things up like the benefits versus the potential risks. For instance, there are cases when the child with autism is already harmful to others or himself and hence, calls for a more urgent and immediate intervention which can be provided by drugs.

Autism Spectrum Medications and their Side Effects

• Ritalin and Concerta are usually given to autistics with hyperactive tendencies especially those diagnosed with Attention Deficit Hyperactivity Disorder (ADHD). Because the general effect of these drugs minimize hyperactive behavior in some children suffering from ASD, this may help children lengthen a child’s attention span. However, these drugs can lower the user’s appetite and may contribute to the child’s weight loss.

• Selective serotonin re-uptake inhibitors (SSRIs) are used to treat autistic with anxiety and obsessed behavior as they can lower anxiety. These drugs can likewise minimize obsessed behavior among inflicted children. Common side effects include an upset stomach, difficulty sleeping, irritability, or nervousness. In adults, SRRIs may trigger sexual dysfunction. Recently, researchers and health professionals have expressed alarm that SRRIs might lead users to kill or harm themselves. Should patients experience this, it is usually common during the first two weeks of administration, which explains why parents must strictly watch and monitor their children during this time.

• Aggressive behavior is more often addressed by prescribing Risperidone to reduce abnormal behavior like head-banging, wrist slashing, and self-inflicted pain. Risperidone is a drug categorized in a group of medicines termed atypical antipsychotics. These drugs are known to cause major side effects in some patients especially children. Patients administered with these drugs usually exhibit rapid weight gain, feeling of grogginess, sleepiness, or fatigue, and drooling. Other side effects may include jerky movements that cannot be controlled, effect on the liver, sugar levels, and body fat. A hormone called prolactin, which is associated with breast development, and milk secretion may be affected in female patients.

• Statistics reveal that nearly 35 percent of people afflicted with ASD experience seizures at one point in their lives although the severity may vary as some patients experience more seizures than others do. To address this problem, anti-epilepsy drugs are given. There are many types of these drugs and the main indicator in choosing depends on the type of seizures. Consideration should also be given on other drugs the patient is simultaneously taking to avoid contra indications. As with any other drug, anti-epilepsy medicines can also cause side effects such as causing sleepiness or grogginess, tummy aches and noted behavioral changes. Hence, it is imperative that physicians carefully discuss with the parents or the patient these side effects.

It must be made clear that Autism Spectrum medication is not the overall cure for ASD. Meaning, no specific medicine has been found out to pinpoint the causes why children with ASD have difficulty in their social interactions and language skills. However, for some children, medication can help address challenging behaviors related to ASD.

How Can You Identify Autism Spectrum Symptoms In Your Child?
ASD is not just about neurological abnormalities and genetic aberrations – it goes far beyond the spectrum of disorders because it is a concern that brings with it a myriad of issues ranging from physical to emotional to psychological
Health & Wellness
28.06.2016 · From TheAuthor

How Do The Best Male Anti Aging Creams Protect You?
A man requires an anti aging cream to have well moisturized and nourished skin to fight wrinkles, fine lines and other signs of aging. This article looks at the most important considerations when buying men's anti aging skin care.
Aging
03.05.2016 · From TheAuthor
Check My Fiverr Gigs!
andrewfi
Fiverr
Seller
An Englishman abroad - Since 1984 I have been running my own businesses and I've been working with online and real world businesses since 2005 providing online training and marketing services. How can I help you to succeed in what you are doing?
andrewfi
Fiverr
Seller
Celebrating 6 years on FIVERR with 100% satisfied buyers (consultants, agencies and s-m-l businesses). We are committed to render cost effective & valuable services from marketing to business support. You can't beat the original. Try our gigs now!
Ads
Article Info

Health & Wellness
1965 Views
0 Subscribers
All Articles by TheAuthor
Sharing Is Good!
Rate

0 votes
Looking For These?
autism autism spectrum autism medications autism spectrum medications health mental health asd cure asd cure autism
Home
›
Articles
›
How To Choose Your Child's Autism Spectrum Medications
About Us Privacy Terms FAQ Invite a Friend Contact Us Write For Us
Copyright © 2022 Andrew Wilson - Knowhow-Now.com. Content is provided by our members and trusted partners. We do not guarantee the accuracy of any such content.
Please, enter a value here
Are you sure?