How You Can Know If Your Kid Has Juvenile Arthritis?
Main
Main
Comments
Knowhow-Now Article

Juvenile Arthritis: The Illness That Parents Should Know About

If your child manifests symptoms like high fever, inflamed knuckles, or a baffling rash, you might think of all possibilities with non-specific symptoms like these. However, are you going to entertain possibilities like juvenile arthritis (JA)? Arthritis is something that will never cross the mind of a parent. Yet, arthritis among young people is a reality that parents must accept as a possibility.

Are you scared yet? Now read these: “Nearly 300,000 children in the U.S. have arthritis of some sort”. Though there are over a hundred types of arthritis, the most widespread form of juvenile arthritis is referred to as JIA or juvenile idiopathic arthritis. This is also known as JRA or juvenile rheumatoid arthritis that afflicts approximately 50,000 American kids.

Causes of Arthritis among Kids

Arthritis is an inflammation of the joints indicated by pain and heat in the joint caused by swelling. It can be an acute condition; what is worrisome is if it is chronic. This means that discomfort can persist for a long time. It can even be a lifetime condition. This is why juvenile arthritis must be diagnosed and treated as early as possible. Ignoring early symptoms can make the condition worse and chronic. 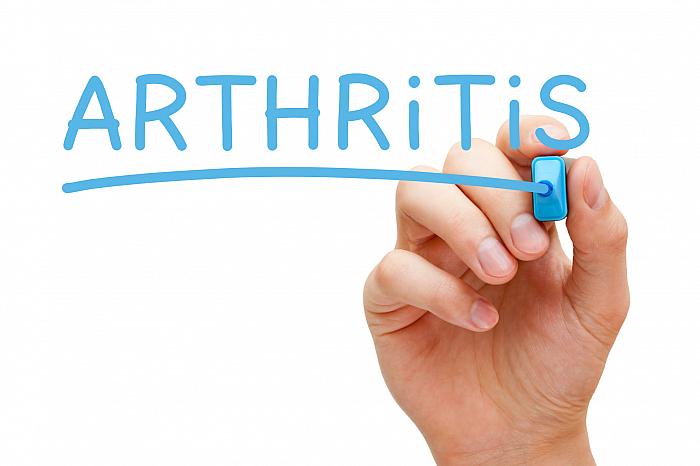 Despite the fact that arthritis has been an age-old disease, there is much to be discovered about this medical condition. Many things still baffle the science of medicine. Causes are varied, which explains why there are over a hundred different types of arthritis. One cause of the dreaded JRA is autoimmunity. This causes the body’s own defense system to attack its own cells and tissues.

Get Familiar with JIA

JIA is the kind of arthritis that afflicts kids from 6 months to 16 years old. The initial signs and symptoms are warm and reddish joints, and pain. Check the number of joints that show swelling. As a rule of thumb, the more joints are affected, the more severe is the condition. There are seven types that you need to watch out for:

1. Systemic JIA. This seriously affects the entire body including some organs such as the spleen. There are enlarged lymph nodes and high fever that signify intense inflammation. There are more joints affected that manifest stiffness, pain, and swelling.

3. Polyarticular arthritis (rheumatoid factor negative).Conversely, this type tends to afflict more girls than boys. Among the signs and symptoms to watch out for include swelling and soreness in five or more joints.

4. Psoriatic arthritis. It is not hard to diagnose this type with rash visibly showing in the fingernails and/or toenails just like psoriasis.

5. Oligoarthritis. This is a milder type with four or fewer joints manifesting symptoms – stiffness, pain, or swelling in the joints. This type is either the persistent or the extended type with the signs felt in the knee and wrist joints.

6. Enthesitis-related arthritis. This type is often felt in the lower extremities and the spine. It may affect tendons like the Achilles. It may also lead to juvenile ankylosing spondylitis in which joints of the low back are inflamed, or in arthritis with concomitant inflammatory bowel disease typical to Crohn's disease and ulcerative colitis.

7. Undifferentiated arthritis. This type has signs and symptoms that do not fit into any of the above categories. Alternatively, indications can also fit into more than one of the categories.

Juvenile Arthritis is a general term that is used to refer to arthritis among kids 16 to 18 years of age and younger. If parents observe any of these symptoms, the best thing to do is always to seek medical help.

How Can You Identify Autism Spectrum Symptoms In Your Child?
ASD is not just about neurological abnormalities and genetic aberrations – it goes far beyond the spectrum of disorders because it is a concern that brings with it a myriad of issues ranging from physical to emotional to psychological
Health & Wellness
28.06.2016 · From TheAuthor

How To Choose Your Child's Autism Spectrum Medications
People diagnosed with Autism Spectrum Disorder may need medications to help manage their condition especially those manifesting irritability, hyperactivity, or tantrums. Choices about medication depend on the child’s specific needs including factors like side effects.
Health & Wellness
28.06.2016 · From TheAuthor

How To Use Food To Beat Chronic Fatigue Syndrome
We now know that while diet may not cure Chronic Fatigue Syndrome food choices can help improve overall health and help you to manage Chronic Fatigue Syndrome
Health & Wellness
09.05.2016 · From Fabienne
Check My Fiverr Gigs!
andrewfi
Fiverr
Seller
An Englishman abroad - Since 1984 I have been running my own businesses and I've been working with online and real world businesses since 2005 providing online training and marketing services. How can I help you to succeed in what you are doing?
andrewfi
Fiverr
Seller
Celebrating 6 years on FIVERR with 100% satisfied buyers (consultants, agencies and s-m-l businesses). We are committed to render cost effective & valuable services from marketing to business support. You can't beat the original. Try our gigs now!
Ads
Article Info

Arthritis
551 Views
0 Subscribers
All Articles by TheAuthor
Sharing Is Good!
Rate

0 votes
Looking For These?
arthritis health joint pain arthritis treatment juvenile arthritis
Home
›
Articles
›
How You Can Know If Your Kid Has Juvenile Arthritis?
About Us Privacy Terms FAQ Invite a Friend Contact Us Write For Us
Copyright © 2021 Andrew Wilson - Knowhow-Now.com. Content is provided by our members and trusted partners. We do not guarantee the accuracy of any such content.
Please, enter a value here
Are you sure?