I have been thinking about the form that the Russian Bride (mail order bride) business could assume. Opinion on several forums over the past few weeks since the introduction of the first part of the Death of a Russian Bride information has been intriguing.

It is obvious that the customers of Mail Order Bride businesses are not very contented with what they currently have.
I read some forum posts along the lines that pretty much anything that put the large aggregator mail order bride/international marriage bureau sites out of business would only be a good thing, even at the price of more control on the end user clients themselves. This suggested a very strong backlash against current business models.

Some readers felt that some companies have been cynically using IMBRA regulations to their advantage to prevent people from giving out their private contact data in order to continue to obtain the greatest revenue out of every client. The fact that their customers will now be required to give background information concerning marriages and criminal records will likely bar the vast majority of Keyboard Romeos (men who want to be in touch but never actually meet the Russian women they make contact with) from getting embroiled with the international marriage business at all. This can be seen as a threat to the high revenue and profit communication schemes run by some companies. The suggestion was made that some businesses are in basic terms exploiting Russian and other nationality women in a cynical fashion by putting these keyboard Romeos in contact with women looking for a spouse without consideration of the intention of marriage at all.

I must reveal that I do not agree that all agencies are as cynical as has been suggested. I have met with folks in the business who recognise that Keyboard Romeos exist but who seriously want to see happy marriages between their American gentleman and Russian female clients.

Removing the 'broker' element from these international relationships was seen as a good thing by many people. The advice is that agencies ought to go back to being the providers of travel services, support, translation and other facilities connected to the outcome of a relationship. Any firm with a vested interest in not seeing a favorable outcome - wedlock, seems to need to be kept out of the loop.

I read suggestions that legitimate marriage/introduction agencies in local cities in Russia and Ukraine could easily avoid IMBRA and state level regulations could certainly avoid them if they chose. All these firms ought to do, they suggest, is to just have all the girls post their profiles to a Facebook group, for example 'Single Kiev Girls Looking for Love' and permit direct interaction between both parties and then generate income from the ancillary services that they can deliver such as translation, English education, lodging, transfers, et cetera. And all the things agencies used to do before their major motivation became a dollar for every letter or minute chat. For myself I can grasp that using the functionality of a social networking site is advantageous but I have reservations that such a ruse would suffice to satisfy the requirements of a fully operational IMBRA.

This was always a niche business for the honest men and women involved, the national online dating business is much larger than the current paradigm of international online dating. Much of the crisis faced by existent businesses in the IMB niche has come about as the byproduct of cynical attempts to maximise revenues from the paying customers, mostly American, men, I certainly agree with the assessment that the industry has brought this state upon itself.

Unfortunately, I know of honest businesses in the mail order bride business who have gone out of business through their refusal to comply with the iffy business practices of the email factories and the willingness of shady entrepreneurs to set themselves up to profit from lonesome men. We should not disregard though the men who through their own greediness have allowed themselves to be deluded by fantasies of agreeable, acquiescent and attractive women dreaming of marrying rather undistinguished men in a different country.

Many heartaches and tears have been cried by both men and women through some practices of some large scale operators and they have dragged all the business into dishonor, the sooner these businesses close down the better.

For more about Death of a Russian Bride and upcoming changes to the Russian Bride Business check out this forum about Russian and Ukrainian Brides.

WMVO, WOVO: Meeting Foreign Women For Marriage
On a forum dedicated to marriage and relationships between men from (in the main) the USA and women from Russia and Ukraine one of the ongoing topics is whether men should meet more than one woman whe...
Culture and Society
01.01.1970 · From Editor

American Men Train Mail Order Bride Scammers!
Over the years on forums that deal with the mail order bride business in Russia and Ukraine I have sometimes received criticism for daring to suggest that a girl who might accept a guy's gift of mone...
Relationships
01.01.1970 · From Editor

Are Marriage Agencies Becoming Antiquated?
Many man and women have met and fallen in love through the process called by many 'mail order bride'. As times change the question has been asked 'Are marriage agencies becoming antiquated'? I was ...
Relationships
01.01.1970 · From Editor

Mail Order Bride, Russian Bride Scams - Writing Emails
When I have looked at the numbers in respect of Russian bride agencies and international marriage agencies it is my assumption that a large proportion of women, particularly those who receive signifi...
Relationships
01.01.1970 · From Editor
Photos

Death of a Russian Bride 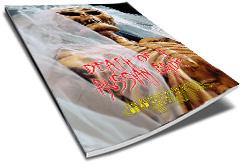 Check My Fiverr Gigs!
andrewfi
Fiverr
Seller
An Englishman abroad - Since 1984 I have been running my own businesses and I've been working with online and real world businesses since 2005 providing online training and marketing services. How can I help you to succeed in what you are doing?
andrewfi
Fiverr
Seller
Celebrating 6 years on FIVERR with 100% satisfied buyers (consultants, agencies and s-m-l businesses). We are committed to render cost effective & valuable services from marketing to business support. You can't beat the original. Try our gigs now!
Ads
Article Info

Relationships
517 Views
0 Subscribers
All Articles by Editor
Sharing Is Good!
Rate

1 votes
Looking For These?
mail order bride death of a russian bride russian brides marriage agency international relationships
Home
›
Articles
›
Why Are Men Unhappy With Mail Order Bride Agencies?
About Us Privacy Terms FAQ Invite a Friend Contact Us Write For Us
Copyright © 2020 Andrew Wilson - Knowhow-Now.com. Content is provided by our members and trusted partners. We do not guarantee the accuracy of any such content.
Please, enter a value here
Are you sure?