How Can We Decide What Cyber Crime Is?
Main
Main
Comments
Knowhow-Now Article It is important for the international community to agree on a common cyber crime definition since this is critical to the crafting of consistent international laws on cyber crime. This definition must be comprehensive and must provide relief from the ambiguities that surface from certain characteristics of cyber crime such as jurisdiction, anonymity and penalties.

There seems to be a consensus that cyber crime may be any crime that is committed with the use of a computer or modern communication equipment and access to the Internet. This consensus is a beginning toward comprehensive cyber crime definition. There are three ways that a computer can be involved in cyber crime:

1. The computer may have been used as the tool of the crime – such as when harassing messages are written and sent from it.

2. It may have been the target of a crime – such as when a computer and its programs or contents are sabotaged.

3. It may have been incidental to the commission of a crime – such as when it is used to store information relevant to a crime.There is also a general agreement that cyber crimes and net crimes are acts committed specifically to cause harm to any victim directly or indirectly. Examples of modern telecommunication that may be used in various crimes such as harassment are email, notice boards, chat rooms and e-groups.

Cyber crimes range in gravity from petty to extremely serious depending on their impact on those affected. For example, a bank website suffering a denial-of-service of service (DoS) attack will make its online services unavailable to its clients. This happens when the website is saturated by such a huge volume of requests it is either unable to respond to legitimate traffic or it slows down to a degree that it is as good as inaccessible.

A server overload usually results from DoS attacks and sometimes the impact of cyber crimes can be terrifyingly uncontrollable. During one DoS attack on a prominent bank, the potential victim population covered 70 million customers and 8.5 million active viewers. In some cases, these attacks may threaten national security.

A long list of cyber crimes haunts the Internet today. The more high-profile cyber crimes include cracking (more commonly known to non-techies as hacking), copyright infringement and child pornography. So far these crimes seem to have been adequately defined since they have been successfully prosecuted.

Spam is the unsolicited sending of e-mail in bulk for commercial purposes such as promoting a product or a service. Anti-spam laws are relatively new and have not been uniformly adopted in various jurisdictions but Internet servers have placed limits on unsolicited electronic communications for quite a while.

In general, cyber fraud has been defined as any dishonest, wrongful, or malicious representation of fact using a modern communication technology and the Internet. Cyber crime may include the following acts:

• Use of tools, software for fraud.

• Theft of information that is considered confidential or classified.

At present, many jurisdictions have placed implicit limits on web content that is seditious, politically subversive, racist, blasphemous, libelous, or slanderous. Limits have also been set on inflammatory material that incites hate crimes. However, there is a big variance in the extent to which such communications are considered illegal. At the same time, there are often difficulties in prosecuting crimes in countries with strong laws against abridging freedom of speech.

It is both important and urgent for the international community to come up with a concise and common cyber crime definition. This is necessary for the protection of people and businesses that use computers and the Internet; today that means just about all businesses and all people.

Cyber crime may be any crime that is committed with the use of a computer or modern communication equipment and access to the Internet. 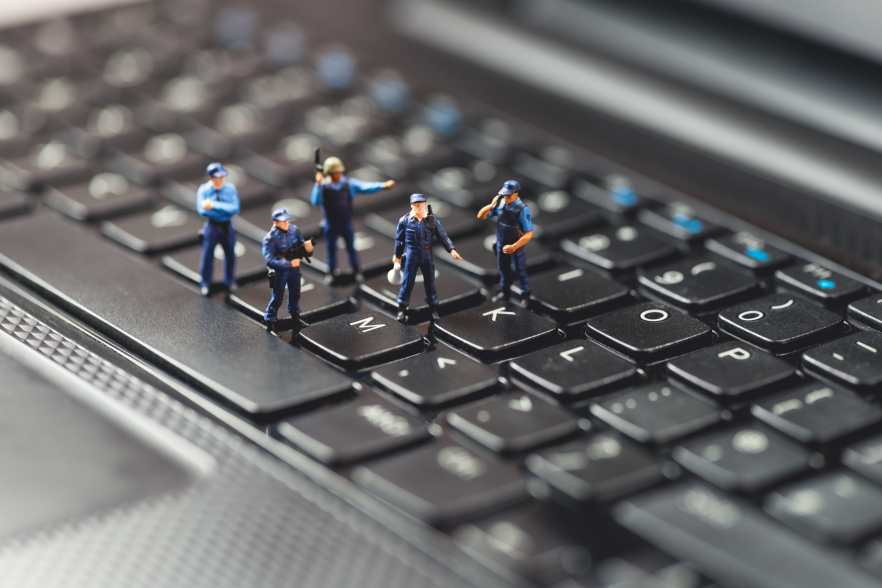 How To Find A Murderer?
When a murder is committed, law enforcers follow set procedures in order to solve the crime. This process is essential in understanding the motive, the events of the crime, and how the victim was killed. The procedures are also vital in identifying the killer.
Culture and Society
30.06.2015 · From TheAuthor

How To Keep Up With Cyber Crime News
There are good reasons for keeping up with the latest news in cyber crime. Knowing what is happening to other people's computers is the best way to protect your own and to recognise when your computer has been compromised by cyber criminals.
Computers
14.05.2015 · From TheAuthor
Check My Fiverr Gigs!
andrewfi
Fiverr
Seller
An Englishman abroad - Since 1984 I have been running my own businesses and I've been working with online and real world businesses since 2005 providing online training and marketing services. How can I help you to succeed in what you are doing?
andrewfi
Fiverr
Seller
Celebrating 6 years on FIVERR with 100% satisfied buyers (consultants, agencies and s-m-l businesses). We are committed to render cost effective & valuable services from marketing to business support. You can't beat the original. Try our gigs now!
Ads
Article Info

Computers
553 Views
0 Subscribers
All Articles by TheAuthor
Sharing Is Good!
Rate

0 votes
Looking For These?
cyber crime cybercrime internet crime internet fraud crime
Home
›
Articles
›
How Can We Decide What Cyber Crime Is?
About Us Privacy Terms FAQ Invite a Friend Contact Us Write For Us
Copyright © 2020 Andrew Wilson - Knowhow-Now.com. Content is provided by our members and trusted partners. We do not guarantee the accuracy of any such content.
Please, enter a value here
Are you sure?