How Does A Ballerina Dress?
Main
Main
Comments
Knowhow-Now Article

Stay In The Right Form With Fascinating Ballet Dance Dress

Fascinating, graceful and precise – these are how you can describe a ballerina. These are achieved through long years of hard and diligent training. You can never miss out a ballerina in a sea of people even if they are not into a ballet dance dress – their body line that starts from head to toe, the swan-like necks and grace of movements, and their lithe lean bodies. These are marks hard to ignore. 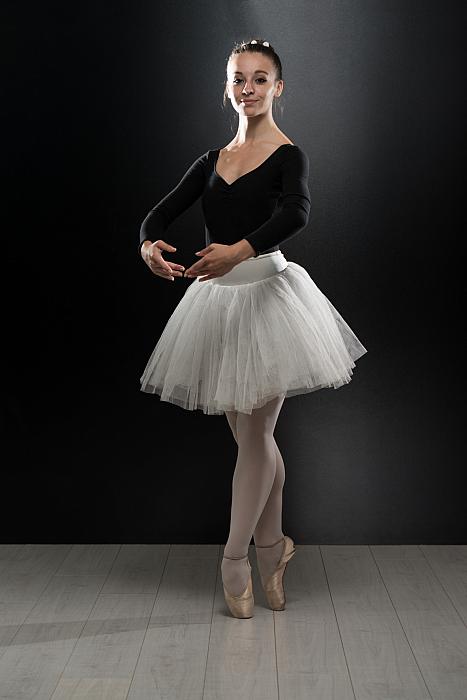 The transformation of a beginner to a ballerina begins in the ballet dance studio in their simple and basic but functional outfits. These consist of leotards, tights, ballet shoes and sometimes legwarmers, chiffon wrap or tutu skirts. The dance leotard is a one-piece outfit that gives ballet dancers freedom of movement. The close-to-the-skin fit allow ballet instructors to check on the correctness of the body form of ballet dancers as they execute the dance movements.

Tights are like stockings but are thicker which make these ideal in keeping the ballet legs warm and minimize injuries by preventing cramps. The ballet shoes are among the most important and expensive item in the ballet dancer’s functional wardrobe. Beginners start with canvass or leather ballet slippers and graduate to pointe shoes as they advance in their skills. The wear and tear is fast especially for the serious students and professional performers.

Leg warmers are optional but are useful especially in places with cold climates. Chiffon wrap are used during ballet classes while tutu style skirts are more favored during rehearsals and stage performances.

The rules about what to wear during ballet classes change from studio to studio. In strict classical ballet classes, ballet instructors usually require their students to don a black leotard, pink tights and pink ballet shoes/slippers. There are also instructors who prefer their students wear light-colored dancewear – nude, pale pink or white while more casual schools give flexibility to their students in choosing their dancewear. Thus, the market offers too many choices in terms of styles and colors particularly for leotards.

Skirts are generally disallowed among the beginners because these tend to conceal their hip alignment which needs to be corrected during classes and rehearsals. Advance dancers have more liberty with their outfits and can use skirts, wraps or tutus as they see fit. The hairs of female dancers are pulled back in a tight bun to prevent it from distracting the dancer particularly when making a series of pirouettes and fouettes. 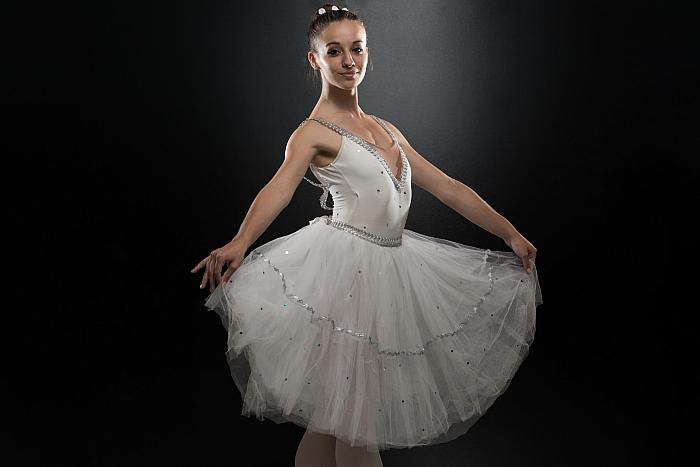 Part of what makes ballet fascinating is the kind of costumes worn by the female dancers. Each of them in their colorful, shimmering and ethereal ballet dance dress take the show with their breathtaking interpretations or variations of Giselle, the White and the Black Swan, Sugar Plum Fairy, or Princess Florine of the Blue Bird among others. The shapes, the lines and the fabric and color combinations are endless for every imaginable image and character in ballet recitals. These dresses worn by ballerinas are called tutu skirts and there are several types: romantic, classical, bell and powder puff.

The first romantic tutu skirt appeared during the ‘Romantic’ period in the history of costume ballet. These are long, ethereal, floating and delicate dresses that consist of about three to five layers of soft tulle. The skirts of romantic tutu can begin at the waistline, a dropped waist type or from the first hip called the Romantic Tutu with Basque. The shorter version that ends just above the knees is a response to the clamor to see more of the graceful movements of the legs during the dance. This is called the classical tutu skirt which can be executed in two styles: the very flat Pancake/Plate/Platter or Russian design and the softer version called Powderpuff or Balanchine.

The Pancake or Russian style is notable for its flat tutu that is kept tightly tacked and hooped (petticoat wire inserted through a case in one layer); the Powderpuff is soft because there is no hoop. The bell tutu skirt is longer than the classical type but shorter and with more layers than the romantic tutu. It is made by the soft tulle, net or both that makes it a hybrid of the two types of tutu skirt.

It is hard not to be fascinated with ballet especially when all the elements of the dance are put together – the elegant and graceful movements, costumes, music, backdrops and the story. The ballet dance dress of a prima ballerina is an icing on the cake that any show can’t do without.

How Does The Government Control Tax Revenue Fraud?
Everybody wants to pay as little tax as possible and will take opportunities to do so. But when taxpayers try to do things illegally, the whole nation suffers. Governments can't operate without taxes.
Personal Finance
29.06.2016 · From Editor

How To Lose Weight With Zumba
Zumba is a form of exercise that mixes body sculpting movements and dance movements focused on being easy to follow. The movements include salsa, merengue, mambo, and flamenco.
Fitness
24.02.2016 · From Andrew_Facebook

What Are The Basic Ballet Dance Steps and Positions?
Most people think that being a ballerina means wearing pretty pink tutus and pin satin pointe shoes. The truth is being a ballerina is more than being cute in pink outfits; it is hard work. Ballerinas deal with a lot of pressure and, of course, pain. (...)
Recreation and Leisure
11.11.2015 · From TheAuthor

How To Choose The Right Ballet Studio For Your Needs
Learning ballet can be a very fun experience for both children and adults who want to reap the physical and behavioral benefits of dancing. It’s a great way to strengthen the body and develop self-discipline. (...)
Recreation and Leisure
11.11.2015 · From TheAuthor

How Music Enhances The Art Of Ballet Dancing
There was a time when ballet music was compiled by the pianist using versions of music from the greatest ballet acts. Ballet class pianists are not just pianists, they know ballet and its choreography. There is a science behind ballet music used in every class
Music
11.11.2015 · From TheAuthor
Check My Fiverr Gigs!
andrewfi
Fiverr
Seller
An Englishman abroad - Since 1984 I have been running my own businesses and I've been working with online and real world businesses since 2005 providing online training and marketing services. How can I help you to succeed in what you are doing?
andrewfi
Fiverr
Seller
Celebrating 6 years on FIVERR with 100% satisfied buyers (consultants, agencies and s-m-l businesses). We are committed to render cost effective & valuable services from marketing to business support. You can't beat the original. Try our gigs now!
Ads
Article Info

Recreation and Leisure
882 Views
0 Subscribers
All Articles by TheAuthor
Sharing Is Good!
Rate

0 votes
Looking For These?
ballet costume ballet dress ballet ballet dance dance ballet dance class
Home
›
Articles
›
How Does A Ballerina Dress?
About Us Privacy Terms FAQ Invite a Friend Contact Us Write For Us
Copyright © 2022 Andrew Wilson - Knowhow-Now.com. Content is provided by our members and trusted partners. We do not guarantee the accuracy of any such content.
Please, enter a value here
Are you sure?