How to Train for the Olympic Triathlon

A triathlon is a kind of sport that can test a person’s overall endurance during the race. This is the reason why instead of simply watching the triathlon in the Olympics, you should try to participate and train like Olympic triathlon participants. Discussed below are simple guidelines on how to train for a triathlon. 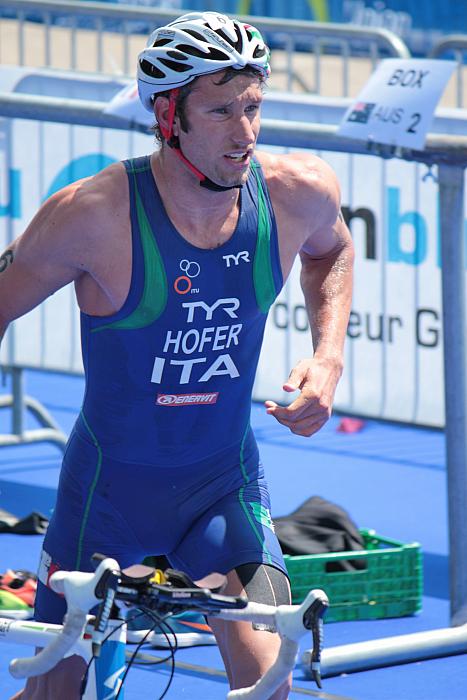 • Warming up – The first step in every training regimen for a triathlon is to do a complete sprint that composes of biking, running and swimming. On the first try, it does not necessary require one to fully give their best. Keep in mind that this will only give you a better idea and feel about the world of triathlon. Many people desire to complete a triathlon but very few do so.

• When you are familiar with the flow of the triathlon, slowly add distance during the practice. Make sure to increase the training distance or increase the total time little by little each week. This allows your body to be conditioned and ready for real triathlon competitions. Slowly increasing the pace can prevent over training injuries. In addition, do not forget to conduct rest periods to prevent fatigue. It is recommended to allocate at least two days of rest to allow healing of the muscles.

• Olympic triathletes gradually test their skills to see where they are at with their training. To become more committed and passionate about this sport, it is recommended to try and register for different races that have the same Olympic distance triathlon rules. These mock races can help you test your training skills. One will also have a gauge on how much you improved during your first triathlon sprint compared to the next. You can also strengthen your overall confidence through experiencing these different triathlon events.

• If you want to posses the skills of a triathlete as seen in the Olympics, it is important to master the smooth transition; this is covered by Brick workouts. Brick workouts are one of the fundamental transition techniques required in triathlon. It is a combination of two disciplines, which allows a person to change pace with minimal or no interruption in between the race. For example, changing running to biking or biking to swimming requires a transition strategy to prevent wasted time during the triathlon race and a brick workout can assist you to improve your transition.

• Conduct a workout plan and this schedule must be properly observed. Triathlon in general is difficult concerning training or in actual race events. Do not forget to allocate appropriate time each day for training; this activity must be a priority especially when the triathlon is a few weeks away.

Instead of just watching the Olympic triathlon participants on TV, try to be a part of such amazing sport. To help you get started discussed above are some guidelines how to train like an Olympic triathlete pro.

What Is Amateur Wrestling All About?
What is amateur wrestling? What does it mean to be a wrestler? What types of wrestling are there? Check our article for an introduction to the sport.
Sport
10.04.2017 · From TheAuthor

How To Get Your Amateur Wrestling Moves Right
Amateur wrestling, how to get started, what are the basic moves, how to implement the basic holds? Start your amateur wrestling career right here and now!
Sport
02.05.2016 · From TheAuthor

How To Choose The Best Mountain Bike For You
If you are planning to buy a brand new mountain bike you will quickly spot the typically massive differences between costs for various mountain bike brands. It really is worthwhile taking the time and effort in order to make the right selection suitable for you.
Sport
12.01.2016 · From Andrew_Facebook

How Do Protein Shakes Affect Your Health?
Protein shakes are among the most popular forms of nutritional supplements among athletes. How do protein shakes work? Are they effective at increase performance? Do protein shakes damage your health? This article looks at protein shake issues.
Nutrition
11.01.2016 · From Andrew_Facebook

How You Can Choose The Right Sports Wear
When you hit the gym, picking the right women's sports wear can boost your positivity a little more. That is something you need to feel the dive to work harder towards your fitness goals. Check out this handy guide with some sportswear clothing secrets. ;)
Fitness
01.10.2015 · From spanglers
Check My Fiverr Gigs!
andrewfi
Fiverr
Seller
An Englishman abroad - Since 1984 I have been running my own businesses and I've been working with online and real world businesses since 2005 providing online training and marketing services. How can I help you to succeed in what you are doing?
andrewfi
Fiverr
Seller
Celebrating 6 years on FIVERR with 100% satisfied buyers (consultants, agencies and s-m-l businesses). We are committed to render cost effective & valuable services from marketing to business support. You can't beat the original. Try our gigs now!
Ads
Article Info

Sport
3766 Views
0 Subscribers
All Articles by spanglers
Sharing Is Good!
Rate

0 votes
Looking For These?
sport sport training triathlon triathlete triathlon training olympic triathlon
Home
›
Articles
›
How You Can Train Like An Olympic Triathlete
About Us Privacy Terms FAQ Invite a Friend Contact Us Write For Us
Copyright © 2021 Andrew Wilson - Knowhow-Now.com. Content is provided by our members and trusted partners. We do not guarantee the accuracy of any such content.
Please, enter a value here
Are you sure?